A Tribute to Michael Pabst

Michael Pabst's contribution to the revaluation of Viennese Art of the preceding turn of the century, can hardly be underestimated: The Munich gallery owner, since 1976 near Maximilianstrasse and relocating to Haidhausen in the 90s, was an expert in the area of Vienna Secession Art: we owe him the rediscovery of Max Oppenheimer ( Pabst was the first to produce a comprehensive catalogue of Oppenheimer's graphic prints ) and also discovered Erika Giovanna Klien and the Vienna Kinetism anew. 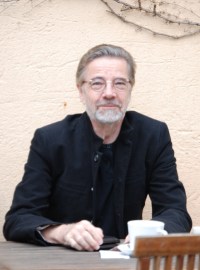 Pabst's efforts for the artists he estimated - those working around 1900, but also those of the 1920s and the postwar period (Fritz Winter, Arnulf Rainer) - ranged far beyond the commercial gallery business: in 1984 Pabst published a splendid catalog on Viennese graphic art around 1900 and organized unorthodox exhibtions such as the one on art about the First World War in 1982. Pabst also drew attention to forgotten artists like Hans Haffenrichter of Bauhaus school or late-expressionist Anton Kerschbaumer.

Michael Pabst - The Power of the Soul
(Frankfurter Allgemeine Zeitung)